Contact Izzi to purchase any of the following items. 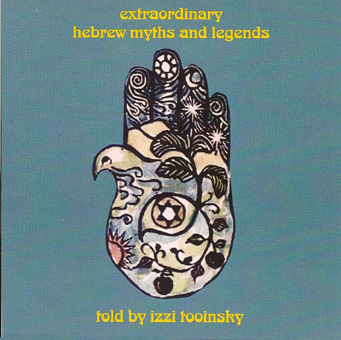 Hebrew Myths and Legends are among the most ancient and wonderous stories ever told. Izzi Tooinsky, award winning storyteller and globe trotter, brings alive the marvel, magic, and majesty of these ancient tales. Can it be true that Adam had a first wife? Can it be true that Goliath had an older and uglier brother? Can it be true that Abraham was 101 and his wife Sara was 90 when their child Isaac was born? Yes, all these are true and can be heard in this fantastic Storytelling CD.

It’s OK To Be Different 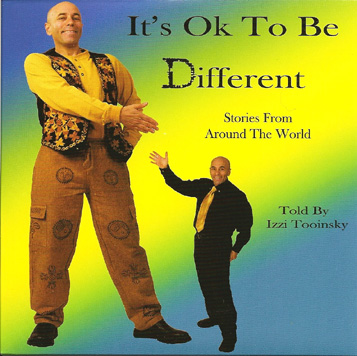 This CD is a collection of fun and whimsical tales from around the world. These stories come from the ancient cultures of Egypt, Guatemala, India and the Iroquois nation. They remind our children to celebrate uniqueness and to cherish the fact that “It’s Ok To Be Different.”

Listen to Track 3
What is Luck

Extraordinary Creatures From Around the World 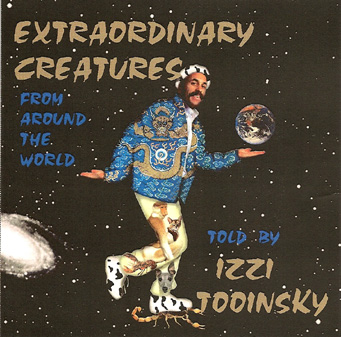 This CD includes 6 fascinating and exciting world wide tales of amazing creature. Cows fly, Dragons cry, Monkeys talk, and Lobsters inhabit a world of their own under the sea. Let your imaginations soar with Extraordinary Creatures From Around the World.

Extraordinary Greek Myths for My Grandchildren Volume I 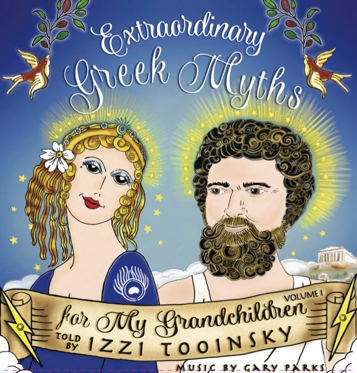 The Greek Myths have sparkled and charged through our imaginations generation after generation. I created these CDs for my grandchildren so that they would hear the REAL Tales. I wanted them to grow up feeling a kin to the strange, humorous, glorious world of the Ancient Greeks, and it is my hope that in times, they will pass it on, with Gusto, their own grandchildren. 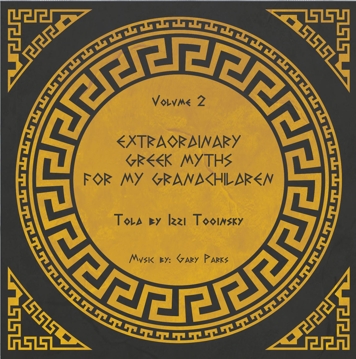 The Second Volume of Extraordinary Greek Myths For My Grandchildren focuses on the astounding relationships between the Greek Gods, the humans,  and the remarkable creatures that came to exist at that time. These are teaching tales as well as tales of wonder and surprise. They help the children in our lives to deeply imagine and appreciate the wonderful world of ancient Greece. 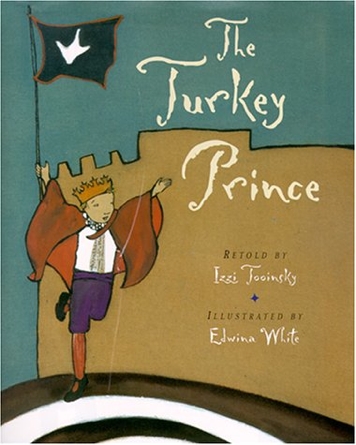 The Turkey Prince is a timeless parable. It is entertainment and education in it’s most ancient and elegant form. At times, we all feel like a turkey, and each of us face the challenge self acceptance. Just like us, the Turkey Prince learns to soar in his own unique and wonderful way.

“Like any good parable, this is a story that grows deeper with every telling. I thoroughly enjoyed this version. I recommend it to Hasidim and non-Hasidim alike.”

“Izzi has a heart of immense proportions that can’t help but show up in his stories. He’s insightful, brave and funny, and he speaks for the little guy in all of us. I’m a fan.”
~ Bill Harly, Storyteller and NPR Commentator

"Izzi is an amazing original"

~ Ken Kesey, One Flew over the Cuckoo's Nest